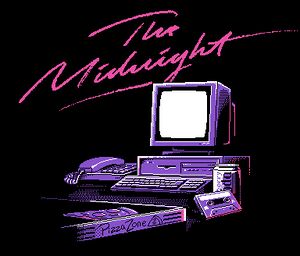 The Midnight's third concert tour, the Fall 2019 Tour Tour, began on August 29, 2019, in Portland, Oregon and concluded in London on November 12, 2019. A total of thirty-eight shows were performed over two legs.

The Midnight first hinted at new tour dates in a social media post on February 18, 2019.[1] The post showed a Command-line interface in action with the user changing directories to a folder labeled "New Tour Dates", and the output result was "File Not Found > Available Feb 22 2019." On that day, another post in a similar style was shared, officially confirming a tour for Fall 2019 Tour and announcing the dates for the European leg.[2] Pre-sales of tickets were slated to begin on February 27 with tickets being fully available to the public on March 1.

Another set of tour dates was teased by the band a few months later on April 21.[3] This post depicted an old Windows 95 interface running Netscape, with a list of dates obscured by Windows dialog boxes. The dates were revealed the following day to be for a North American leg of the tour, and pre-sales of tickets began on April 24 before going on sale to the general public on April 26. 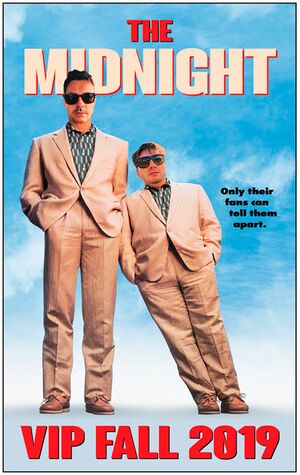 The tour saw The Midnight performing songs from across all their releases up to that point, with some new songs also being performed that would later appear on Monsters which released the following year. The band was accompanied by longtime saxophone player Jesse Molloy, who has performed at most of The Midnight's live shows since their very first show in 2017. New to the band for the Fall 2019 Tour tour was guitarist Lelia Broussard, a Los Angeles-based musician who auditioned for the open spot and whose previous work as a singer-songwriter was familiar to Tyler Lyle. Most North American dates featured New Jersey-based electronic producer Flamingosis as an opening act, while the majority of European dates were accompanied by Swedish musical group Violet Days. The November 12, 2019 show at Roundhouse in London was The Midnight's 100th live show.[4][5]

After an intro, the show begins with The Years (Prologue), The Midnight's first track from their first EP Days of Thunder. The band then jumps ahead to their most recent release Kids and works backwards from there, performing Lost Boy, Shadows, Jason, and Days of Thunder. After Days of Thunder, Tyler Lyle exits the stage for a brief break which gives way to a solo set by Tim McEwan. He begins with Death Touch, a new instrumental song which as of 2020 remains unreleased. This is followed up with a vocal cover by McEwan of the 1980 The Police hit Don't Stand So Close to Me, which transitions into Lonely City (which includes some vocal samples from Nighthawks). Lyle then returns to the stage for Vampires, with the highlight of this song being the riveting performance of saxophone player Jesse Molloy. A new song from the band's then upcomming album Monsters was then performed next, which is either Monsters or Seventeen depending on the location. The main setlist is closed out with performances of Gloria, Crystalline (The Comeback Kid at some shows), America 2, and Los Angeles. The band leaves the stage and after a brief intermission, Lyle returns to perform two of his solo songs, Brooklyn and Lost & Found. Before Brooklyn is played, he announces that a new version of the song will be on The Midnight's next album. The entire band then comes together one final time to perform Sunset, concluding the show.

This setlist is representative of the show played on September 9, 2019, at Georgia Theatre in Athens, Georgia. Most shows followed this setlist with occasional minor variations. Seventeen replaced Monsters at some shows, and some shows also replaced Crystalline with The Comeback Kid. During the November 5, 2019, show at Paradiso in Amsterdam, the band was joined by Timecop1983 for the song River of Darkness, which replaced Brooklyn.

The shows opened with a special version of Youth featuring a clip of the late Robin Williams from the 1989 movie Dead Poets Society.[6] 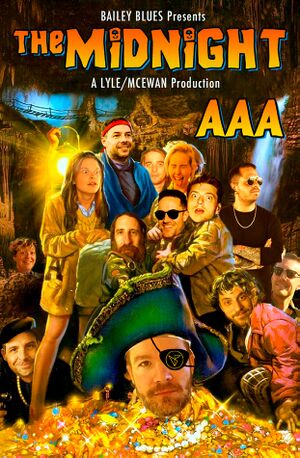