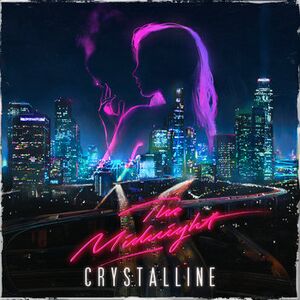 Crystalline[1] is a song by The Midnight. It is the first single and second track from their album Nocturnal. The single was released on September 22, 2017.[2]

The song was written by band members Tim McEwan and Tyler Lyle and produced by McEwan. The lead guitar on Crystalline was performed by Pelle Hillström and the whisper was done by Kristiane. The saxophone was played by Thomas Edinger. It has a running time of six minutes and two seconds and is in the key of F minor.

The artwork for the Crystalline single was done by Tony Skeor.